Whilst I was contracting with Sonar Group, my regular coffee guy asked me if I knew of any office spaces he could use for a film he was making. Being a contractor, I have no office space! But I thought the idea was cool and asked the Guys at Sonar to see if they would mind.

Next thing I knew; I was the Associate Producer of the film and helping out with anything web related that I could.

On the day of filming I couldn’t believe how the office was transformed (behind the camera). There were a lot of people there and the whole thing was really professionally done. Taken from the trailer – That’s the Sonar Office! 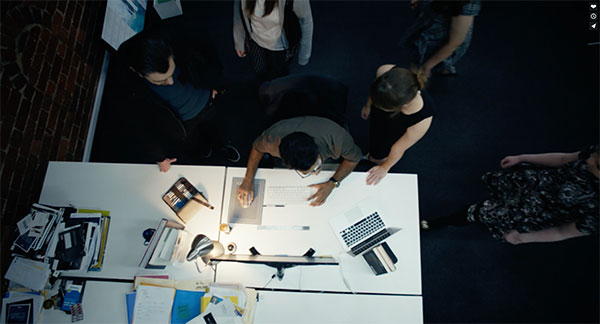 Taken from the trailer – That’s Steve’s desk and my Mac! Taken from the trailer – Look closely and you’ll see one of my basketballs!

It was really nice to be part of this and see it all happen. It’s crazy how cool things like this can fall into your life.

Thanks to Marco Gabriel for letting me be part of your film!

And thanks to Sonar Group for letting us use your office!